What is Pickleball and Why is it so Popular?

It's a sweet game with a funny name — Pickleball is definitely on the rise in popularity across the United States. And it's not just for a specific demographic. It's a game loved by people of all ages, stages in life, and physical abilities. You may even find people playing this game in jail, according to USA Today! Pickleball is easy to learn with not too many rules and it's simple to play, not requiring too much exertion. This may be why people even in their 80's are finding this a favorite pastime sport.

Tom Everitt of the Sarasota Pickleball Club, says that people

"come out, they play, improve their game and they get addicted to it."

So, just what is pickleball all about and why is it so popular? Let's take a closer look at this favorite game.

As you have probably guessed, pickleball is a game. It is a blend of three games you are probably familiar with. Combining tennis, badminton, and ping pong, pickleball is a paddle sport played with two or four players (singles or doubles). Players use wooden paddles and a whiffle style ball and play on a court resembling a badminton court due to the size, which is 20'x44'. A tennis court for doubles is 36'x78', so you can see that the court for pickleball is much smaller, which makes it easier for people of all skill level and health level to enjoy the game and reap the health benefits. It also makes it easier to have a pickleball court indoors as well as outdoors. The net used in pickleball is 34" in the middle. This is just a bit lower than that of tennis, which is 36" in the center.

How do you play pickleball?

You can play pickleball with either two or four players. There is a no-volley zone extending 7' out from each side of the net. You have to keep out of this zone. You begin the game by serving underhanded to the opposite court. Once the ball bounces on both sides once, then you have the choice to either volley the ball (hit it before it touches the ground) or hit the ball back to your opponent after it hits the ground. The team serves until they make a fault and scores their points accordingly. Faults consist of the following from Pickleball Inc.:

Who is playing pickleball?

You may wonder who plays this game. According to the reports, an estimated 2.5 million people partake of this fast-moving game. The USAPA even collects data on the demographics of who is playing the game. This game attracts the young and the elderly because of its simple rules and easy activity. The breakdown of ages of people playing this game is as follows:

As you can see from the statistics, the older generation tend to play the game more frequently than the younger groups. Pickleball is a fantastic exercise for the older age group.

Pickleball all began in 1965. Congressman Joel Pritchard and Bill Bell returned to Pritchard's home on Bainbridge Island after a golf outing. Their families were bored and looking for something to do. The men discovered an old badminton court on the property but not enough rackets. They got creative using ping-pong paddles and a ball with holes in it instead. When they noticed the net was too high, they lowered it. They had fun playing the whole weekend and another friend joined them, Barney McCallum. That's when they began to make rules for the game. In 1972, the game became an officially recognized sport and has been played with delight ever since.

What types of injuries are common with pickleball?

As with any sport, you will be subject to injuries. Injuries fall into two broad categories:

Acute injuries occur as a result of a trauma, fall, or some other type of accident. It could involve a sudden twist of the ankle, knee, foot, or even the wrist. This type of injury shows up right away and usually clears up in a few weeks or less. Here are some of the more common acute injuries when playing pickleball:

Ankle strain occurs in much the same way. The sudden stopping and going or turning in different directions can bring strain to the ankle. In addition, stepping on your partner's foot may do it too.

Wrist injuries are common especially if you lean back to get a ball and fall. It is common to throw your arm back to catch yourself when you are falling backward and this can lead to a wrist fracture.

Chronic injuries occur after a long period. Usually, it is because people do not take time to warm up before playing or aren't wearing proper gear. It can also happen over time due to repetitive strain from overusing a muscle or tendon. Here are a few that you may have if you play this sport regularly:

Heel bruise occurs from the pounding on the hard surface repetitively.

Hamstring or groin injuries can be acute but often they are from constantly reaching for the ball and pulling the muscle and tendons.

Shoulder strain can happen when you are always stretching your shoulder to reach for the ball.

Wrist or forearm chronic injuries are common because you use your arms regularly to strike the ball.

Both acute and chronic injuries are common playing pickleball but you can take steps to avoid, or at least reduce, these types of injuries.

How can you avoid injuries when playing pickleball?

It is important to warm up before beginning any sport. We have all heard it and we know we should do it, but many people don't take the time to do it. When you warm up, you help circulate the blood to the muscle groups and prepare the muscles for action. That way you are not requiring your muscles to work when they are unprepared.

You want to ensure your shoes are not too loose or you will slip around in them. This can lead to the ankle injuries mentioned above. In addition, shoes that are too tight may cut of your circulation and cause heel bruising or other problems.

A support or stabilizer will help keep your body secure so that it doesn't move out of place. You can secure your ankle to avoid ankle strain by wearing an ankle support. Keep your wrist secure while you whack the ball by wearing a fitted wrist brace, wrap, or support. If you are prone to turning your knee often, then you may find help by wearing a knee support.

If you get injured playing pickleball, what can you do?

If you are already experiencing pain from an injury, take some time to rest the injured part. Use the traditional methods for healing your injuries such as ice, pain medication, and elevation. In addition, a stabilizer or support on the affected body part will ensure that it doesn't move too much during the healing process.

Playing pickleball is a great way to burn off some extra calories, keep fit, and have a lot of fun. You'll get a great cardiovascular workout in the process and bond with friends at the same time. Mueller Sports Medicine is committed to delivering the best products to help you stay active and feel wonderful at the same time. Our high-quality supports are designed to give individuals the extra boost they need while playing the sports they love. In addition, the braces and stabilizers aid individuals on their road to recovery after an injury.

Mueller Sports Medicine is a proud sponsor of The USA Pickleball Association. 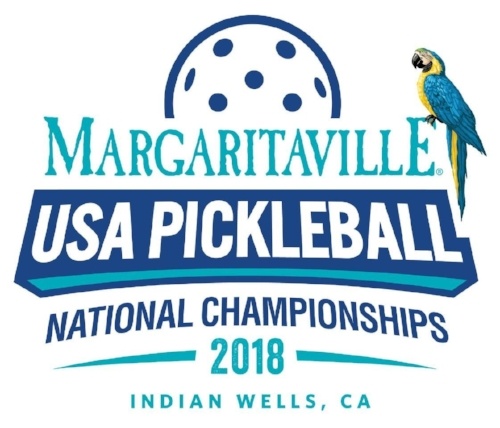